Welcome to the Media Center

J2 Innovations has partnered with Italian controls specialist, Coster Group to embed FIN Framework (FIN) into a new generation of plant and building control solutions.  Coster Group’s “WebGarage” is the first system by the Italian manufacturer to use FIN open framework – an easy-to-configure and use software platform for building automation and IoT applications – which is now embedded into its web-enabled YHC700 IP controller platform.

“Coster Group is one of the world’s foremost HVAC and building control specialists that is renowned for its simple-to-install configurable systems. The company has developed installations ranging from simple controllers for small thermal power solutions to highly-complex integrated “made-to-measure” automation systems,” said Chris Irwin, VP sales EMEA J2 Innovations.  “In 2019, Coster started the search for a software platform that would form the basis of a new-generation of control systems for the next decade.”

On the selection criteria, Irwin said: “This new wave of systems needed to be open, scalable, lower cost and faster-to-develop.  After consultations, FIN Framework quickly emerged as the standout solution - it was faithful to Coster Group’s ‘simple-to-install and configurable’ ethos while also taking advantage of the latest technology developments such as Haystack 4.0 and IoT devices.”

Solving compatibility issues, Irwin said: “With a large-installed customer base it was imperative to offer an upgrade path for earlier-generation controllers still in circulation.  Along with the existing Modbus connector, an additional C-bus protocol and a new connector for FIN was developed between ourselves and Coster’s R&D department, to maintain communications with any legacy systems."

To retain the philosophy of making solutions ‘simple-to-install and configurable’, a team has been formed and trained to customize FIN to Coster Group’s applications and systems.  Configuration wizards and a graphics library were created to match the styling and feel of the existing product range; allowing the manufacturer to maintain visual consistency and simplify deployment.

“Coster Group solutions are used in more than 40,000 civil, office, industrial and commercial buildings, schools and healthcare facilities, sports facilities, business districts and logistical infrastructures” said Andrea Zara, CEO of Coster Group. "The partnership with J2 Innovations enables our customers to integrate their existing control systems into WebGarage, an advanced, comprehensive, natively web-based control and energy management platform. WebGarage provides full compatibility with the CosterCAD tool, which ensures maximum simplicity and efficiency in the configuration of even large control systems. WebGarage will then support the next generation of ZBC programmable controllers, which Coster Group will launch on the market from the beginning of 2021 alongside the X Series and Y Series ranges.” 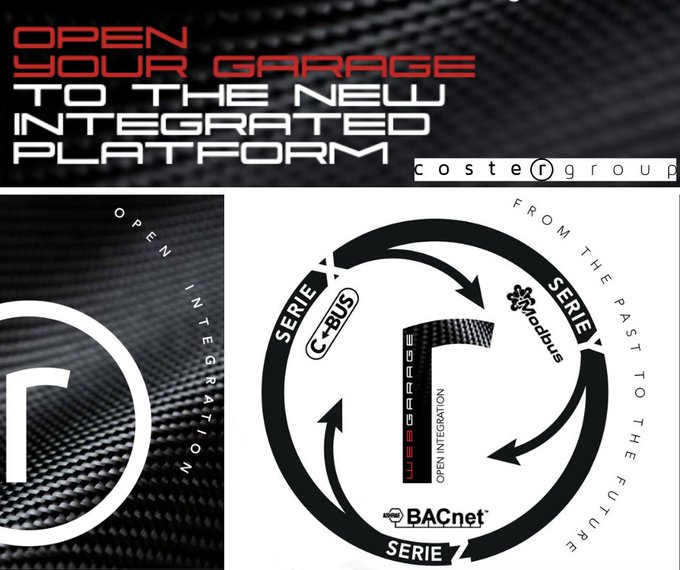 There are ongoing projects to incorporate the recently announced FIN Edge2Cloud remote connectivity option to streamline the management of thousands of connected sites and link these back to WebGarage,  which is fully compatible with the open standard Haystack 4.0 protocol, increasingly used in IoT applications, as well other complex web architectures.

About J2 Innovations
J2 Innovations is a fast growing, innovative software technology company based in California. They are the creators of the FIN Framework, a state-of-the-art open framework for building automation and IoT applications.

About Coster Group
Coster Group has a 50-year history as leading company in the control of thermal power installations .  After the merger with Regula in 2017, Coster Group offers an extensive range of solutions for the management and the energy monitoring of any type of building. Coster Group employs 75 people with a R&D site in Milan and manufacturing facility in Edolo, Italy.  It has an extensive sales and technical support network in Italy as well branches internationally including the UK.