Last weekend at the ControlTrends Award Show we were fortunate enough to receive three awards! It is a great honor to be awarded and recognized for our hard work and continued effort to evolve an industry. We know that this year competition was stiff and there were great products, people, and companies nominated in all categories.

Feedback from our System Integrators and our FIN Community have helped us better this product to be where it is today. Because of these improvements, FIN was honored with 3rd Party Software of the Year. Check out this video to learn more about history of our product. To see FIN's evolution first hand, check out the FIN in 2 minutes video.

Our CEO Jason Briggs was presented with the Executive of the Year - Small Manufacturer award recognizing his efforts as a visionary and fearless leader. 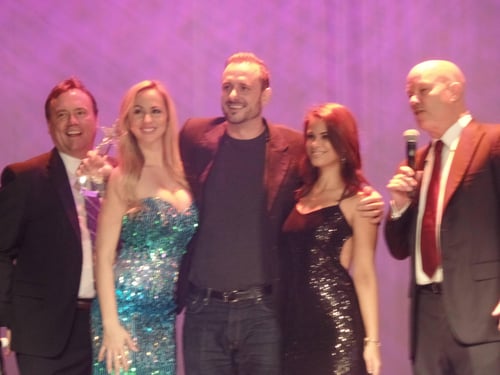 Finally, because of the great analytics our OEM partners have developed, J2 Innovations receieved the Building Analytics Software of the Year award. Intellastar's use of embedded analytics in their FIN powered InferStack technology along with SkyFoundry's automatic analytics in SkySpark are what have allowed us to be successful in this category.

The 2015 ControlTrends Awards were held Sunday, January 24 at Orlando’s Hard Rock Live. Hard Rock Live was a most befitting venue to celebrate the heroes and superstars of our HVAC and the Building Automation industries. The show was a great success!

Thank you all who voted for your continued support. We're excited to share with you what's in store for 2016.