EasyIO Train-the-Trainer in The Netherlands

Last week Gerard Huff was in Gemert, a town in the Dutch province of North Brabant in The Netherlands. He was attending an EasyStack training class with our OEM partner EasyIO for the purpose of Train-the-Trainer re-certification. 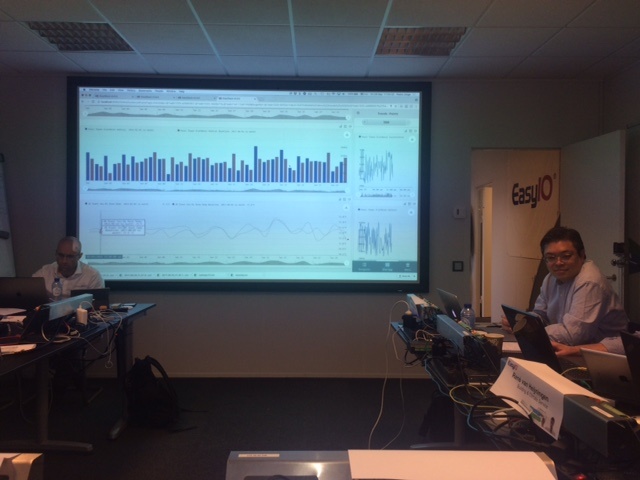 The Train-the-Trainer program is designed to empower OEM partners to teach their own training sessions so that they can be self-sufficient bringing their new customers up-to-speed with FIN. The program works in three stages:

This particular class was a re-certification class for Pedro as he is in his second year in the program. Gerard was there to observe Pedro’s teaching, provide feedback, and verify that he was teaching the material consistent with J2 Innovations FIN Stack classes. He passed with flying colors!

“Pedro is an excellent trainer. He commands a lot of respect from the students during his training.” - Gerard Huff

Foo (who was not in attendance last week), did his original certification in India.

Gerard had a great time in Gemert with the EasyIO team and found the town charming.

EasyIO has some upcoming EasyStack Training Classes. Details can be found on their website here.

Make or buy? The Economics of In-House Software Development vs. Licensing an Existing Software Platform

We have a problem with software. The problem is that we expect it to be free. There’s this public perception that has been ingrained in us. But where did it come from and why does the general public f...

As a System Integrator, there is a wide choice of suppliers for building automation and software products (at the AHR show there’s an entire section called Building Automation showcase). While you may...