Haystack Connect was a fantastic event for J2 Innovations this year. The event followed the format of a general session and multiple tracks: technical, applications in the real world, and even a track for people new to Project Haystack. 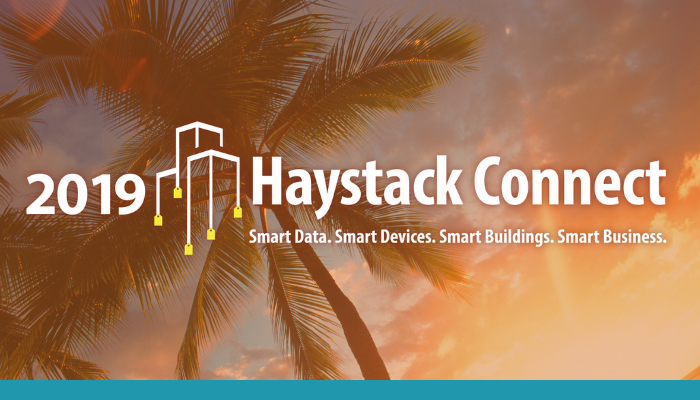 John Petze and Marc Petock set the tone of the event with their opening remarks on the importance of working collaboratively towards a common goal.

Project Haystack Is… An open source, worldwide community of people working to address the need for a standard semantic data modeling method for device data.

Project Haystack Provides… A standardized methodology for describing data that makes it easier and more cost effective to analyze, visualize, and derive value from our operational data through a standard vocabulary (tag sets) and taxonomies (equipment models) developed by consensus of the community.

The Payoffs of using Project Haystack... It enables applications that just work by making the integration among software applications easier, apps can understand and consume data without human interaction to “map” information.  One example of that is J2 Innovations' FIN Framework, which automates much of the configurations and engineering process. Click to read more about the 7 Payoffs of Haystack Tagging in the FIN Framework.

In the Benefits of Haystack Tagging for OEMs, J2's Ryan Schlotfeldt joined Marc Petock, James Johnson, Todd Lash, and Jason Houck for a panel discussion. This session was a forum of OEMs who use Project Haystack to bring new products to the market. They shared their stories to inspire other OEMs to adopt and participate in the Haystack Working Groups as well as help raise awareness for end customers about products that leverage Haystack.

Our very own Alex Rohweder and Chris Irwin presented on the opportunities and insights for The Value of Tagging in Building Automation in Europe. Although Project Haystack started in and is predominantly used in North America, interest is growing globally (as demonstrated at the recent ISH 2019 Conference).

In their session, they outlined how Project Haystack can become more pervasive Internationally.

Brian Frank presented Haystack 4.0 in the technical track. This new version of Haystack adds data-modeling features that support the implementation of both a taxonomy and the resulting ontologies that define the relationship of things and between things. Learn more about the technical details from Brian's presentation.

We dove into some of the exciting changes in a recent blog. You can read it here.