Where Does FIN Live? 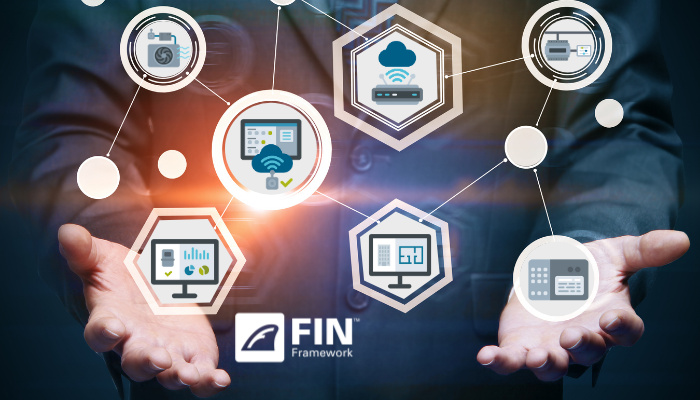 The overall system architecture for a complete Smart Building or IoT solution will often involve use of multiple technologies and tools at various levels, so can be very complex to implement. In contrast, FIN Framework provides a single software platform and applications suite that can be deployed at any level of the architecture: at the Edge in application specific controllers, at global controller and server level, as well as at the enterprise level. Here are some FIN based solutions and products that can live at each of these levels.

One of the advantages of the FIN Framework is the built-in control engine and corresponding web browser configuration tool called Logic Builder. FIN users can build automated control logic for their application(s) in an easy way, and apply it multiple times across a project because of the relativization enabled by FIN’s use of Haystack tagging. The logic can be created using simple-to-use block programming, as well as more powerful line-by-line or state machine programming and can even be a mix of the two.

One example of this is with our OEM, Coster Group. Coster’s version of FIN Framework is called “WebGarage,” which can run on a server or embedded on their web-enabled YHC700 IP controller platform; offering a new generation of plant and building control solutions. 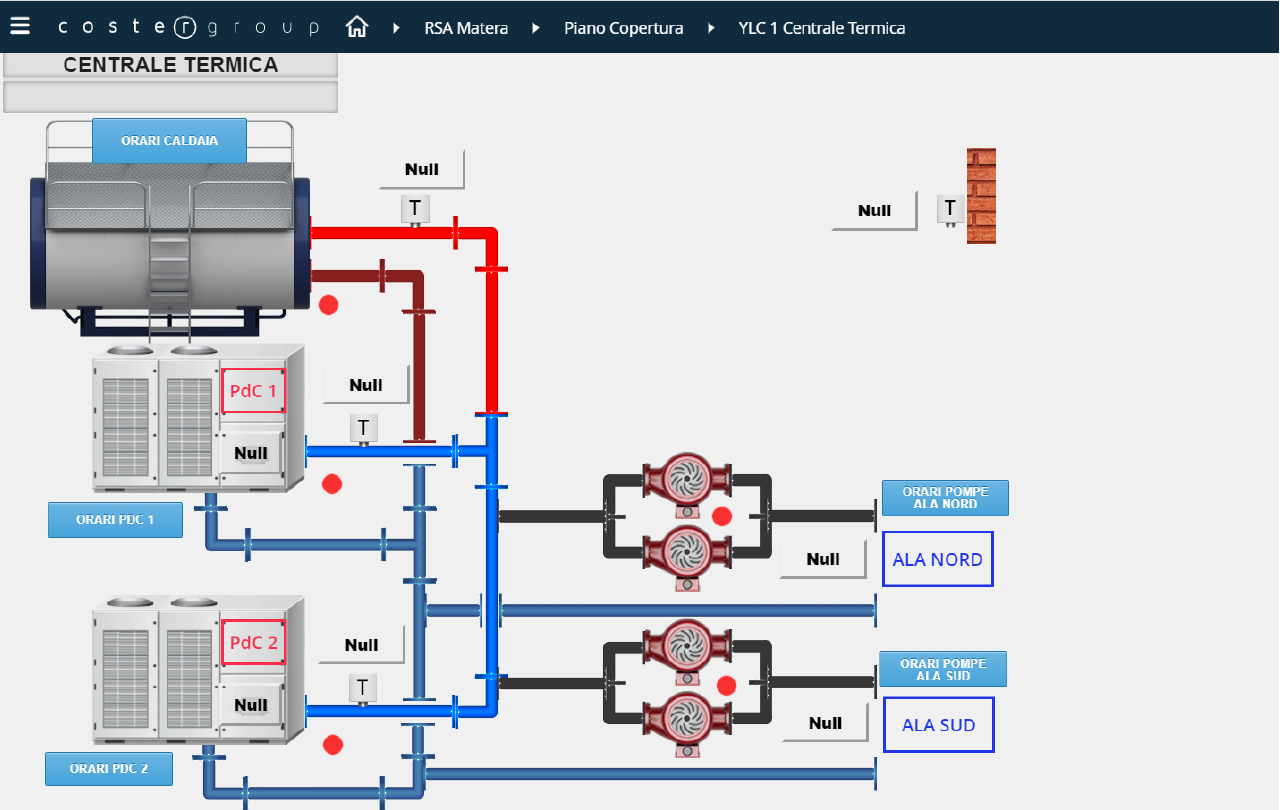 To further simplify the configuration OEM partners can use FIN’s HTML5 responsive  web serving capabilities to streamline the deployment of the controller, by providing easy to use configuration screens, step-by-step wizards, and dashboards, which will work equally well on a smartphone or tablet as on a laptop browser.

With the increasing number of smart and connected devices in a typical building, the need for a centralized hub to bring these devices together has become more important. These devices may speak multiple protocols, although standardization has reduced the number typically required; BACNet, MODBUS and KNX have become the most common protocols for building services, but MQTT and REST based interfaces are now growing in popularity, especially fro IoT related devices. FIN’s Connector Framework supports all of these protocols and more, normalizing the data from each network into a consistent component model based on the Haystack Standard, and passing it “northbound” to cloud applications using haystack over REST or a custom cloud connector as required by each partner, typically based on MQTT.

A FIN based gateway provides the benefit of normalized, tagged data in an easy to consume format, so that value-add applications can be built on top of it. For example, Siemens’ X300 Connect gateway product utilizes FIN to pump data to their cloud application Building Operator. FIN also brings the benefit of easier integrations of device data through the use of templates and libraries, eliminating the need for point mapping.

In applications that require local display, such as machine rooms, process control, and critical environments (like at a mushroom farm) the FIN Framework excels. FIN can serve up the graphical user interface such as status screens and dashboards while also providing a built-in interface for initial programming and startup. Desigo Control Point utilizes both of these approaches to provide a start-up wizard for easy deployment and a user-friendly display for day-to-day operations. 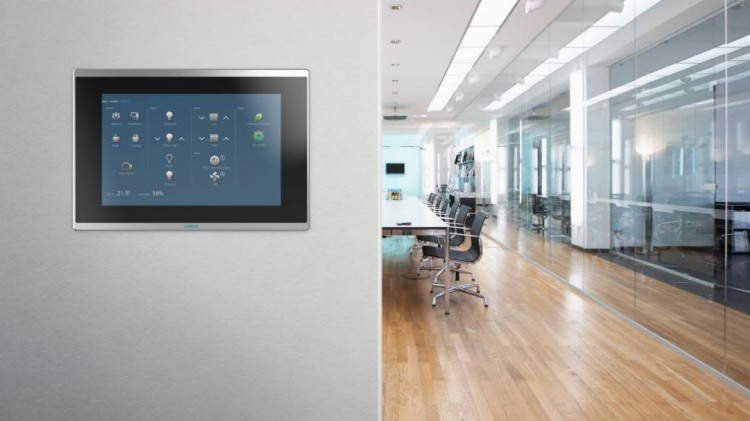 The most common level of the architecture for command and control of a building automation system is typically the server - whether it's hosted locally on premise or in the cloud. FIN Framework’s comprehensive applications suite covers the full range of functions rewquired, including graphics, histories, alarms, schedules, reports, and control. Additionally, FIN apps such as Favorites, O&M Manuals, Overrides, Point Graphics, and Magic Bubbles all make for a better user experience.

One example of this is with OEM IoT Warez, developer of IoT technologies. Their product, EntroCIM was developed on top of FIN Framework. EntroCIM is a fully-featured software suite with an application designed to make it easy to monitor and manage complex data center environments and provide insight into mission-critical equipment. 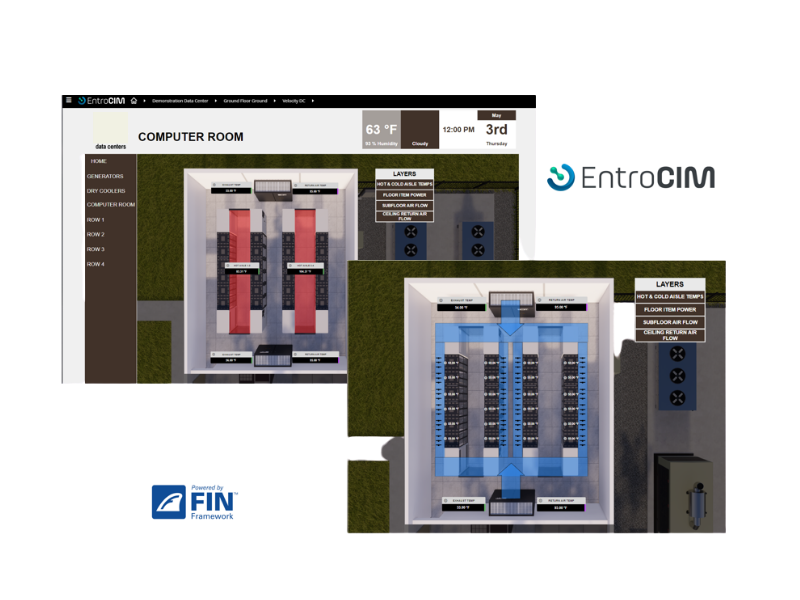 FIN software platform and apps suites can live at all levels of the smart buildings architecture, providing applications that are consistent and available for a variety of product types, as outlined above. J2 Innovations provides OEM partners with the technology to enable them to create new products in far lease time, at a fraction of the cost than would be the case if developing everything in-house; whether it be a controller at the edge, data normalization in a gateway, local user experience at the HMI, or a full application suite at the server. Learn more about FIN Framework and how it can work for you.